Some links to other discussions of it are below, and a request for your comments.

Here’s an excerpt from a Facebook exchange. It goes another step in explaining why this particular difference, using profits from investments to build more and more to profit from, or to care for things, causes major confusion in our modern world.  We want both, definitely want both!   But they’re mutually exclusive and there’s a kind of “deadline” for making a choice that most people, for some reason, would quite prefer to ignore, as if there was no choice to be made 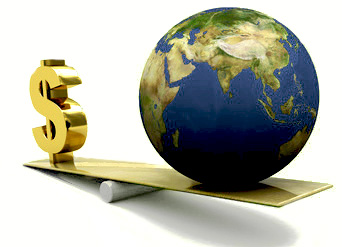 ______________
__________________
Please add comments on what puzzles you about it, your creative questions or observations. What should we do with our money.   The earth commons we are part of has the profits from a hundred trillion dollars to think about how best to invest, and all the people who expect it to just keep multiplying forever to buy in on the plan too!
If interested in the field of pattern languages, join the discussion of this post on the Pattern Language Site in

“Pattern Languages” give meanings to patterns in nature, theories, relationships or experience, but we often don’t know quite how. Like, we all tend to consider our own conscious view of things to be the world we and everyone else all live in… even though everyone is making up their own view of that. That kind of real world doesn’t fit into any simple explanation, of a world in which everyone is seeing a world that is in large part a reflection of themselves.  It creates a lot to untangle.