A 1995 article in the Wall Street Journal offered this vivid image and a good discussion of the waves of immigration to the US from various other parts of the world during the past two centuries.    They coincide with the great period of economic growth, and the radical changes in the economic environment as we went from the beginning of growth to its end.

Growth has changed from creating limitless opportunity for all, to creating unmanageable conflicts with the environment and within a society no longer upwardly mobile, perhaps in decline.    That’s a very different world for immigrants to come into.

It’s no reflection on their different cultures, necessarily, as each wave of immigration seems to represent an old culture becoming adventurous.    It may well also not benefit a society to accept waves of immigrants as it is no longer creating expanding opportunity for itself.  That seems likely to have little to do with the immigrants themselves, though.    Still, the wave of the 1900’s came to build a great society, and the wave of today is picking up scraps in a society losing its way and coming into great conflict with its own success. 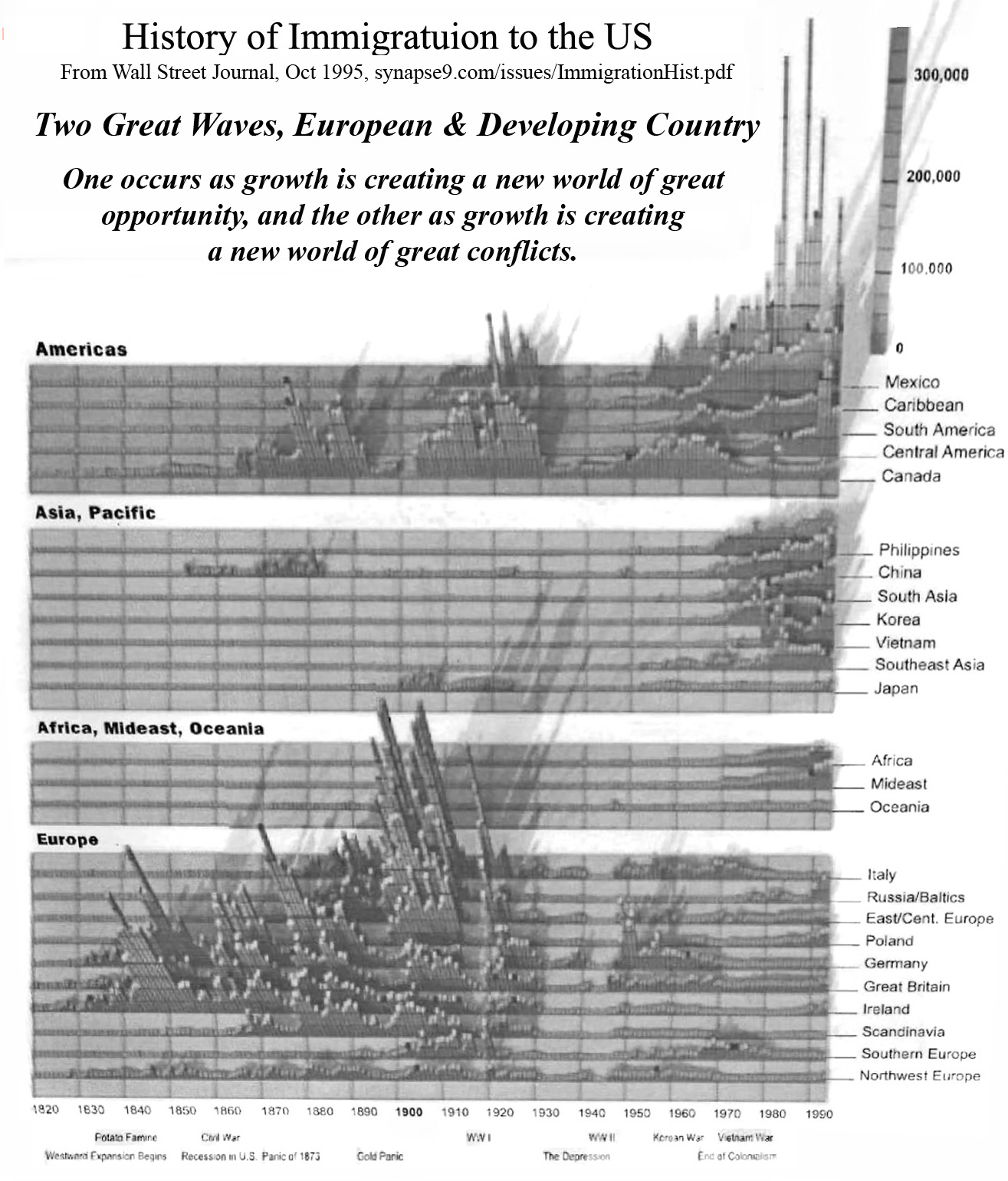 The sad story of modern economic growth is that its formula for great success became its formula for tragic failure, all by itself, almost overnight, caused only by our neglecting to read nature’s signal to respond to our limits.    That formula for success during growth is the self-investment or “seed” principle.  You plant your seed to get more seed to plant.  You use your profits to multiply your projects.      END_OF_DOCUMENT_TOKEN_TO_BE_REPLACED