Originally “Where I’ve gotten so far”, A somewhat better summary of my work that Rex Weyler found helpful started from a discussion titled “Are Stock Markets Ponzi Schemes or Real Wealth?”. Rex wrote back: “This and the SEA presentation on your site are helpful. Thanks.”

To me and I think to most economists “the stock market” is not seen as directing the economy, just in the news.

In reality it’s a game of mutual pick-pocket
played by the rich, that helps banks measure the credit worthiness of businesses

I added a line for US GDP to the nice graph of US Quads of energy use & Dow Jones prices done by Charlie Hall (1).   It’s remarkable.

It seems to expose a bit of a “fraud” in what people have been told of the role of the stock market. Clearly both GDP and energy use have generally followed smoothly progressive curves.  Clearly the Dow doesn’t track or lead either.

There’s a lot more to why US energy use stopped growing and GDP kept growing, but the DOW really seems to be just sailing off on its own.  It reflects no aspect of either of the consistent indicators of economic wealth.
(1) 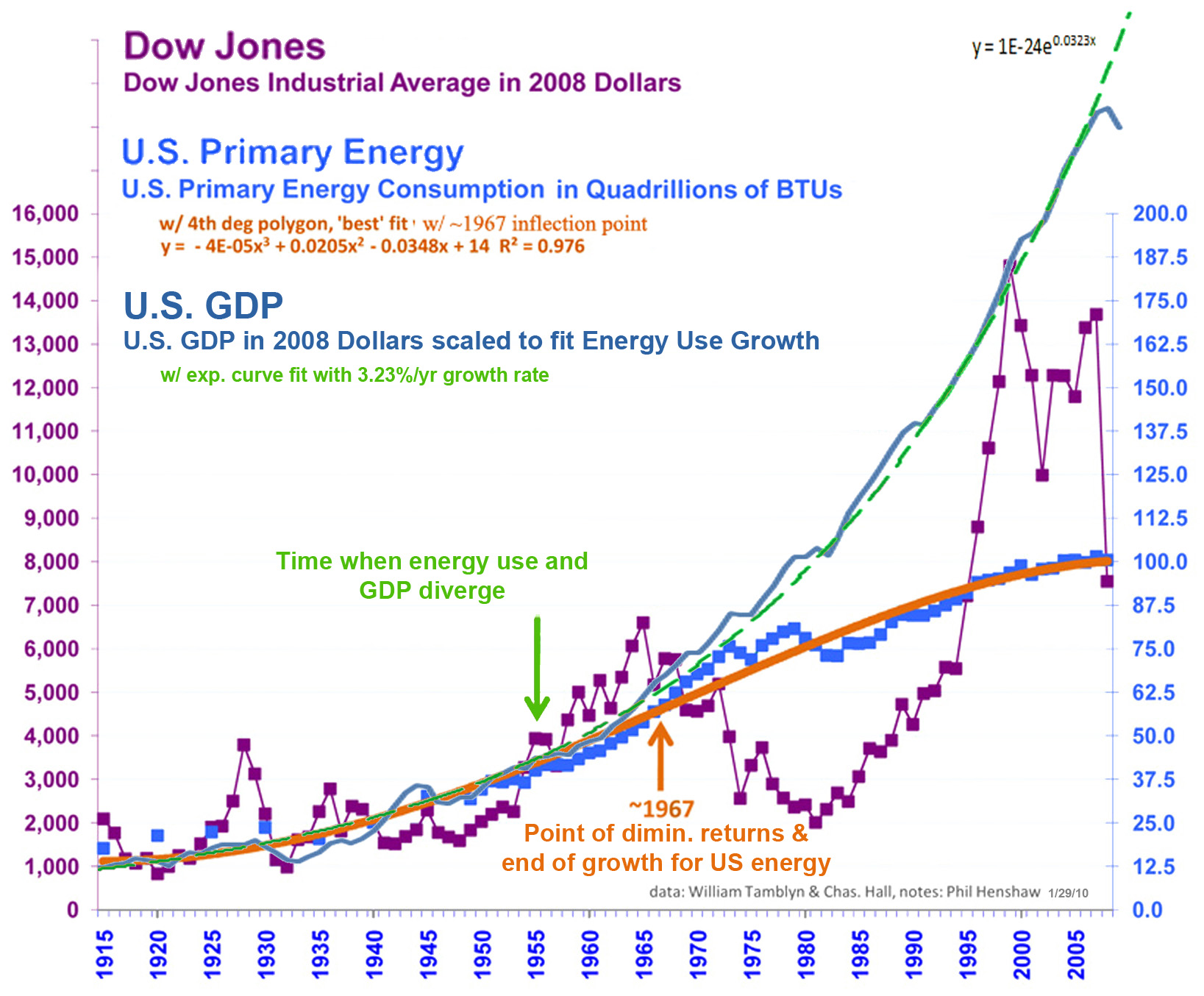