One thing “thought leaders” need to be aware of is that “leading” always requires mid-course corrections.    Any start-up organization that sticks with growth as its plan and doesn’t switch to a goal for fulfillment has a default plan for destabilizing excesses in what it does, just for not having a goal that is attainable.    The two strategies are both essential but involve different leadership, for a shift from building internal to external relationships!

The natural strategy for building organizations starts with establishing self-identity and expansion by using its resources for capturing more resources.  That serves to grow its internal organization.  If successful it needs to be followed by a change to defining its independence and fulfilling roles in the new environment it finds itself in.  Having defined itself first, is then turns to setting out its own niche within and in harmony with communities of others, having made its identity first to then make its home.

Today the need is for leadership in a world that as a whole acts as if fully committed to destabilizing excess, clearly lacking even the language to talk about anything else.  Changing that seems like the first step then, toward our eventually being able to conceive of and bring about our own fulfillment.

The Initial Image of the Commons

A vital hive of activity, a self-sufficient family or network structure, in which every part connects directly with every other, an internal world of complementary roles for an economy of cooperation,
a thriving whole and sum greater than the parts.

The image of the Commons – art by Jack Deocyzk

The More General Pattern of the Commons

Each silo of culture is the home for

a different way of living,
a hive of commune-ication
a self-identity pulsing with life,

none of which are nearly as alone in the universe and their internal images of completeness make it seem. 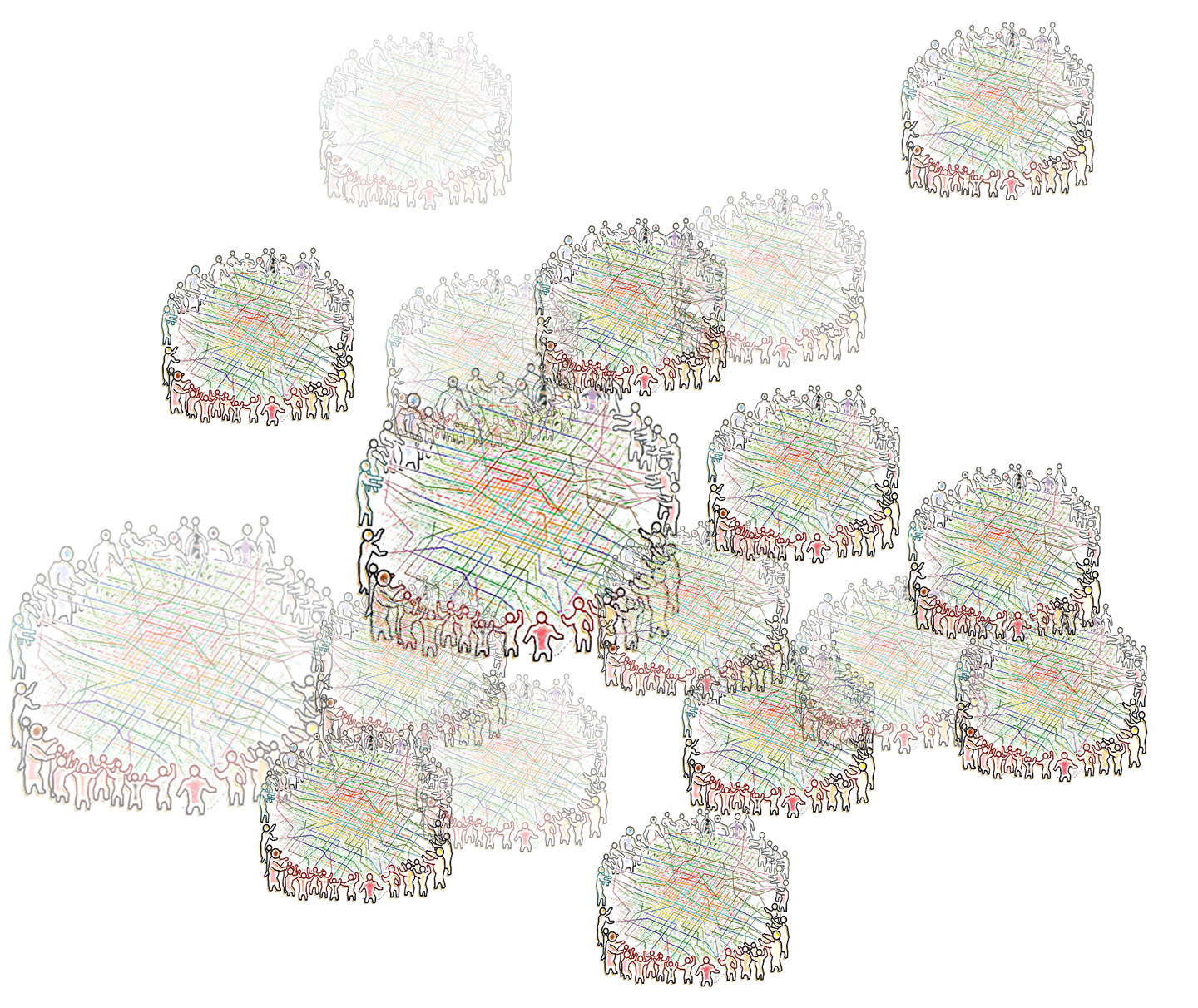 The pattern of the commons