We’ve largely used up or maximized our use of the good quality sources on earth, for lots of our critical resource needs.  It’s evident in their systematically rising prices, for one thing, but also in our rapidly declining rates of discovering new reserves, for half a century now!   We’ve “eaten the good stuff”, and still plan to find more and grow the economy as before.

So, not that you couldn’t use your shopping and profits for values far greater than just having more, of course,

BUT, to prosper by increasing our wealth as we have been,

*Double* our total previous use of natural resources
three more times this century !

It’s a detail overlooked by the world’s mainstream economists, and apparently nearly all the critics too.   Our present economic plans are to keep prospering as we did over the past two centuries.  That necessitates continuing to double of our resource uses every ~33 years in the future, then, or magical change only dreamed of.

Why it not adds up to our really needing 8 whole earths by the end of the century has to do with the sneaky mathematical properties of doubling… sneaking up on our brains. In each doubling period everything changes as much as throughout all its prior history.   The oddest and most sneaky of all aspects of it, of course, is that this dilemma is quite real… 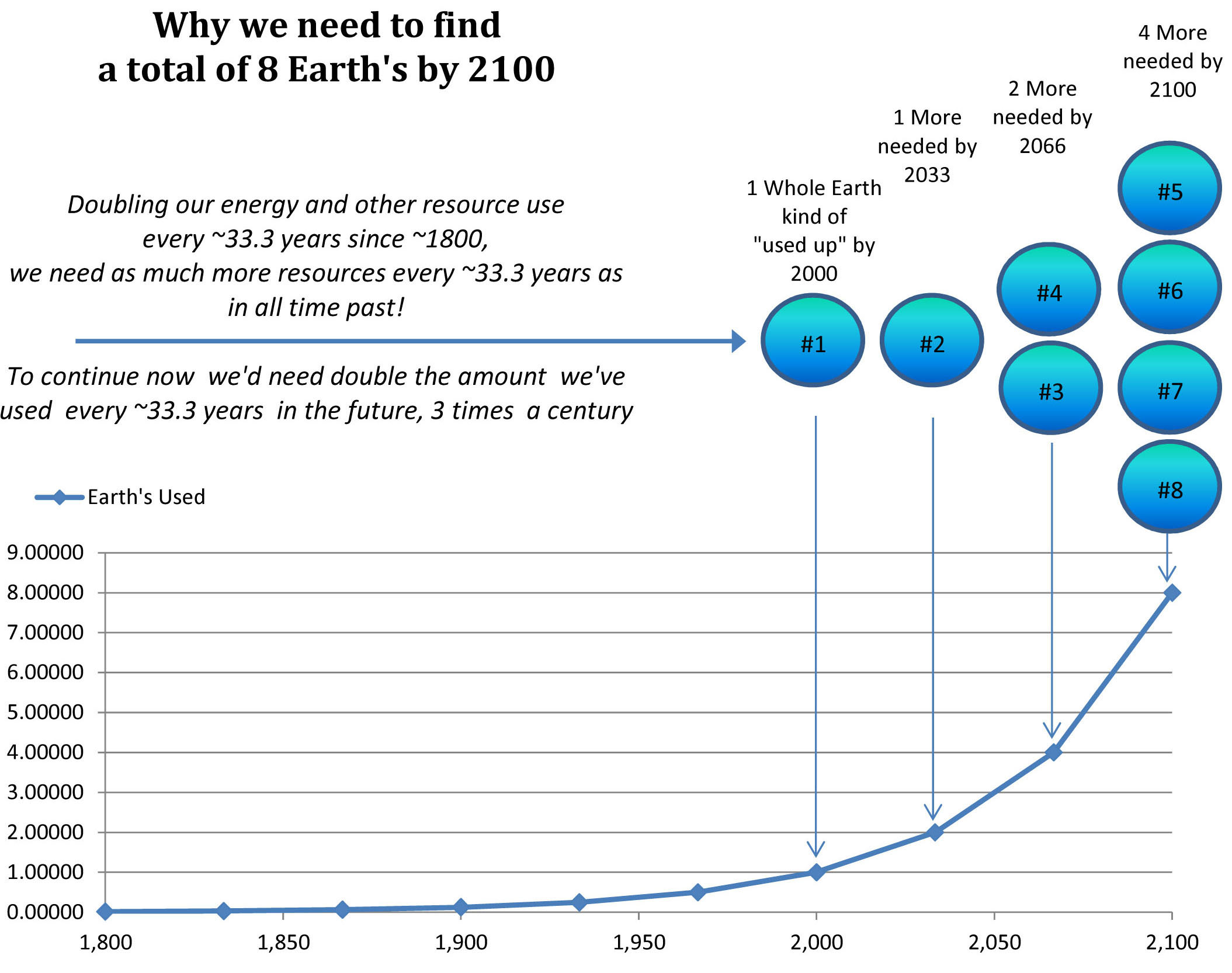 Even if we could find 7 more earths worth of resources as good as what we started with, it would actually end up just make our problems worse.   “Enjoying them” would then reasonably be expected to involve 7 times the impacts we’ve had on the beauty and sustainability of the earth too…!!   It also exposes the  madness of our well meaning hope to rely on growth to pay for reversing climate change!

These problems add to the evidence that the fundamental in-feasibility of our long term growth plan has avoided most everyone’s attention.   It’s not just “unlikely” that we’d keep finding many times the total amount of natural resources we’ve consumed before,… and that using them would have no effect.

You might as well be looking for an endless line of magical frogs to kiss.

Where the ~33 year doubling period comes from is the IEA data for the world economy (below)  that shows steady world GDP growth, doubling every ~22 years and similarly steady growth in energy used from purchased fuels, doubling every ~37 years.  I used 33 years to make the units of the graph simple. 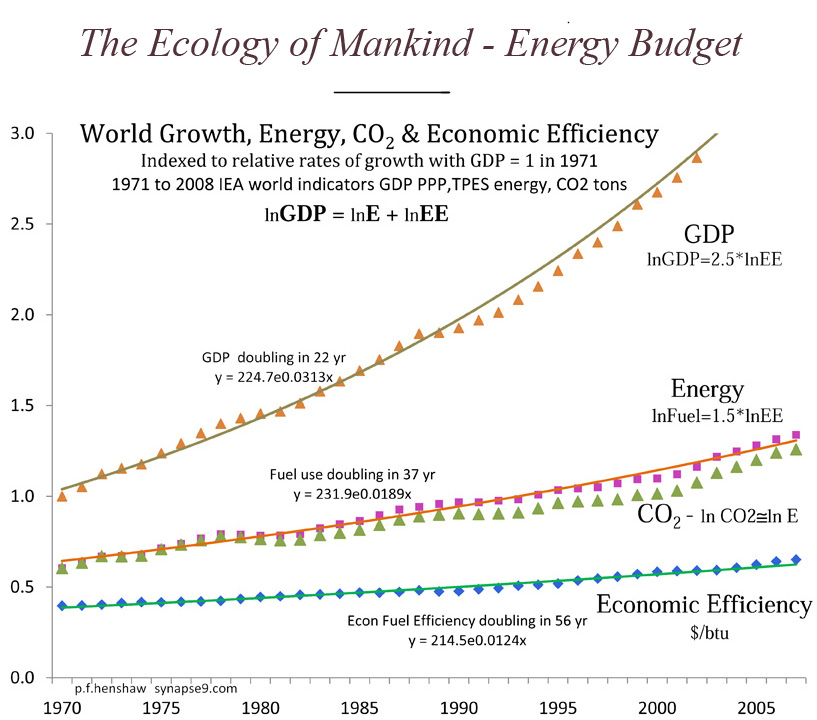 You might also look at the CO2 curve, and note that it has been growing just as fast as total energy, as if the world was not in any way reducing CO2 by investing in efficiencies, or even by investing in alternative energy.   The mathematical implication is that we have just the same proportion of renewable energy resources today as we did in 1970!    More discussion of this deep problem, that points squarely to the problem being money and not technology, see my long draft paper The curious use of Stimulus for Constraint