A group email on how to connect the mind’s concept language with nature’s process language, earning one “KaShu!” from Alanna.

To get things to connect it really does help to first see how they are disconnected.   People put no particular value on where their money comes from or goes to, for example.  As that is a major pathway for our own accumulative effects on our world, nature cares about that a great deal!   People also quite ignore small % changes over time, even though they naturally result in exceeding large scales, complexities and rates of change, inevitably pushing the limits of stability for whatever physical system is doing it.   People just tend to see no association between accumulative causes and their dramatic effects, though.    I indicates “something funny going on”. 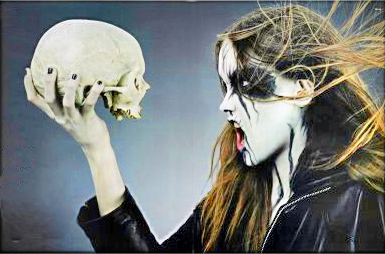 So to get a reliable grasp on how different a conceptual world is from the natural world, you need personal examples of where you notice “something really missing”  to go back to it again and again to reground your own thinking on the disconnect between thought and nature.    What I go to are times and places when I could observe growth producing lasting change, making it obvious it’s not in my head but happening where I’m seeing it happen.   There are any number of different kinds of “pregnancies” where bursts of growth large and small develop in isolation.

Even just waiting for a sneeze and feeling it emerge by its initially slow and then explosive cascade of tingly sensation, has that clear signature of an complex event happening by itself.    Those are the classic bursts of self-organization and energy release, on any scale, that produce systemic change.     You can tell they’re not happening conceptually, because you don’t think them into being, and have no idea what they mean to you till you discover that later.

When you can think things into being, they’re probably in your head…       Recognizing those two modes of causation, and how they occur independent of one another  takes practice, like anything else.   Fortunately it’s only as you become rather confident of what the difference is that it’ll make much sense to worry about the similar natural processes that give us bursts of thought, but give us the impression we live in a conceptual rather than a natural world.

To keep it short enough to read, does the above address what you were asking about?   You like Bonnitta Roy’s work, and it’s obviously well thought out.    I’ve misunderstood unfamiliar logics before, but I don’t understand what she’s doing really.   It doesn’t seem she’s trying to connect her thinking with the observable processes of nature, but creating another ideal.

There’s a big difference between the meanings of words when used for discussing natural processes and for discussing human values or concepts.  The words for one refer to independently existing things, which are then self-defining in their meanings, like the word “this” used to refer to something you are wearing.  The words you use for concepts are defined both by the user and by the listener, independently, and reflect the (ever changeable) concepts in their heads.     ;-)