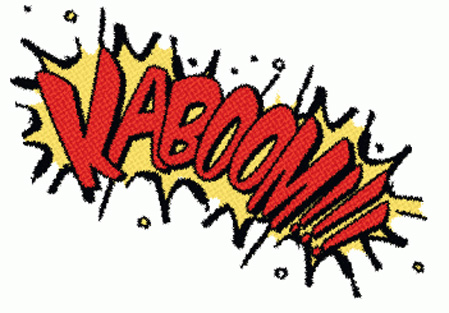 True, you often don’t notice them, but with a little experience you can find them most places, like in a keystroke.  Any keystroke begins with a brief multiplying cascade of focused energy releases to move your finger, “kaboom” is how it would sound if you stretch out the time scale and have a volume control on the energy surge moving your finger.   It’s the attack of the “ka…” sound at the beginning of that word (same use of “attack” as in music), that refers to the explosive growth period if the local self-organizing system that releases the directed energy.

As you can tell this would be a really long discussion to start listing all the types of “small change big consequence” situations in nature.   Most seem to be non-deterministic, is one reason they have not been studied so much.   It’s certainly wonderfully fascinating that science skipped such a big subject too, but you might easily guess why.   Most of them simply cannot be usefully represented in theory, and they conflict with determinism as a universal principle.

There’s just too darn many kinds of them too, and they’re intensely complex and highly temporal, individually unique or might as well be.  The big ones, like economic growth where each year’s change multiplies next years, are too vast and complex accurately model, so you need to ask usually simple questions to get firm answers.

The category of small event with big effects worth a bit more study than others are the types of internal “mid-course correction” that can transform a multiplying growth process into a stable self-managing system.   That is sometimes what allows systems that start with explosive growth but then change internally to outlive their growth process.

Living systems transform internally by a mid-course correction (somehow) allowing them to stop multiplying their demands to start maturing and adapting to the new environment their growth has thrust them into.   It’s a really profound behavioral change, that occurs at about the least eventful point on the “S” curve, the middle inflection point.  It’s a point where little about the system is changing except transforming its way of changing, from exploding to maturing.  Nature uses it like an organizational Lagrange point, for a gigantic effect costing nest to no energy.

You see it in detail when someone with a business reinvests its profits so it can grow faster and faster, till that would be wasteful to continue.   Then they redirect that self-investment resource (their mid-course steering correction) to grow something else.   That tiny choice to reallocate the stream of positive feedbacks from the business’s environment transforms it from an unstable sprout with multiplying demands, a “flash in the pan”, into an enduring part of its local economic network.

3 thoughts on “Steering for the organizational Lagrange Point”