Using a new paradigm of biomimicry
to create a global self-regulating financial commons.

This proposal was submitted to the Rio+20 Dialogues for comment and voting. See “News of the Commons” for introductions to the vision and the systems thinking needed. It’s part of the foundation of collaborative free markets needed for the health of the competitive free markets, as an element of Helene Finidori’s “Commons-Sense“.  In this case to recognize that the profitability of the whole is threatened by a continued common investment strategy for growth, and needs a way to change to a common investment strategy for well being. 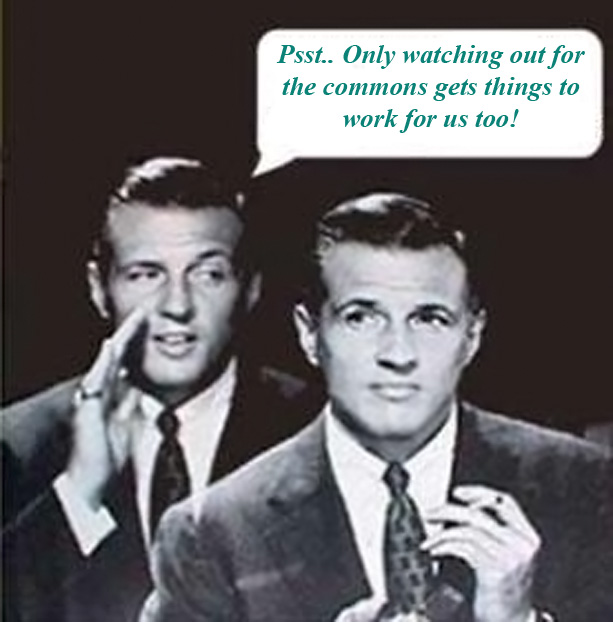 Nature systems initially develop using a “bootstrap” mechanism, growth, that continually expands their control of their environment.  For any system’s own internal as well as external needs that self-investment strategy needs to become responsive instead ever more controlling to survive.

See UN Proposal to guide the UN SDG’s by this principle for OWG 7 & 8
Early version: Jan 2014 – A World SDG- and way to thoughtfully manage global systems
This and the earlier versions contain a lot of good thinking…
the Most polished final version is a Feb 2014 proposal to the UN:  A World SDG

A new economic paradigm: The next big challenge

The proposal is followed by a discussion of some of the systems thinking
on “the commons” that developed with a group of contributors to a Systems Thinking World discussion group. It is intended as a sample of the kind of “commons based economic models”proposed in the 2012 RioDialogues, by Helene’s Finidori, to solve the global economic crisis by making the commons work for the whole, as a replacement for the paradigm of “prosperity” with ever expanding development. Below is the original article (with references) for the UNCSD Rio+20 Outreach Forum

A biomimicry for a self-regulating financial commons

For SD the next bigger private stakeholder challenge is one everyone has seen coming, but we haven’t faced.    At present SD is maturing as an idea and practice, as part of a world economy that uses its resources to continually escalate its demands on the earth.  SD also helps sustain it at present.   We need the economy to become self-regulating as a whole, not just to grow some self-regulating parts.  A natural model for how, would be for SD stakeholders to choose:

…we also need to not do business with those growing their businesses or investments like cancers,
choosing to endlessly use profits to multiply impacts as it harms society and the earth.

That model of self-regulation is simple enough to understand, and would keep people largely out of having to intrude on each other’s business.   It asks people to find a higher purpose for their profits than self-inflation, as that starts doing harm.   It suggests we apply the investment strategy of mom & pop stores to the world, accumulating investment returns to build the business first, and after that use the profits to sustain other things.

Applying that kind of solution might shock a lot of people, but it matches our absolutely shocking problem.  We’ve adopted a form of “prosperity” that depletes its own resources ever faster to remain stable!  The main challenge for sustainability was always that the economic ideal of our society, is to be a machine for endless growth.   It has long been clear it needs a new purpose, but it’s also been too contentious and complicated to openly discuss.

Now it’s clear, with impacts of all kinds multiplying, resources becoming scarce and costly, with financial crises showing it’s all not working (1), ignoring it is no longer an option.   Still, most everyone finds it unthinkable that the wealthy would stop using their profits to both multiply their wealth and drive endless growth.   Reaching consensus for ending that, as the system’s choice to live, would give our great engines for growth a much higher purpose.

Scientists like me who study the basic physics of organization in natural systems (2), are not the first to be consulted on great questions of social organization, of course.   Discussions on the role of money in society elsewhere, though, really do seem stalled, with people treating it as taboo to discuss the rights others to use their own property.

People forget that money isn’t “property”, really, but a grant from society of a right to claim one equal share of any material service society can deliver.    Yes, using money to your own advantage, to multiply if you can, is a very ancient and deeply engrained custom.   Using steady profits to multiply impacts is also 100% guaranteed to push all relationships with its source of value to the breaking point too, if not halted before that.

There are lots of other “no-growth” proposals with more backing than mine, like Tim Jackson’s (3).  Mine, to adopt natural principles of self-regulation (6), seems likely to be more effective in keeping the economy profitable and creative.    It’s not my original invention, but of J M Keynes, discussed in “The widow’s cruse” parable (4) and Chapter 16 of The General Theory (5).    It’s technically a proposal to gradually end the reinvestment of investment profits, the compounding of “unearned income”, so investment funds come only from the earned incomes that people save.

Jessie is natural systems scientist, and have been doing advanced research on how to understand the organized but “spontaneous” and “uncontrolled” systems of nature like growth, for over 30 years.   I’ve published some important papers, under my pen name P.F. Henshaw, and made discoveries that mostly aren’t quite understood yet.  One is that natural systems develop as individual organized units, like you see populating the whole world, but scientific models generally don’t recognize them.

1) Henshaw, P.F., 2011 A decisive moment for Investing in Sustainability  synapse9.com/pub/ASustInvestMoment-PH.pdf

See the companion proposal too “Budgeting for “the commons” needs business “ecobalance” sheets”. For the economy to become self-regulating it will require our learning new physics for how to make accurate physical measurements of our environmental impacts, and to show them as economic costs and benefits.

The question asked by E.L. was is it that “positive feedback streams will always emerge? Or that they will always be recognized as such by investors?”

Perhaps the real issue is whether investors will recognize whether the growing returns from their successful investments might also be destabilizing their environment. First investors would need to translate the numerical behavior of their returns into a question about the environment in which the system producing their returns is operating. So, obviously, “no” is the answer to the main question at present. Almost no one is paying the least attention to that.

The “bottom-up” part of the strategy

Technical assistance for researching that question is becoming available from various sources though. There are large intergovernmental organizations like GRI, and many private industry CSR (comprehensive sustainability reporting) standards being refined and expanded for systematically reporting business ESG impacts. There are also various corporate and NGO Ethical Investor and Sustainability Investment rating methods getting attention today too.

Once those groups are alerted to the need to shift investment away from industries creating high future costs, they’ll use methods like SEA to produce “EcoBalance sheets” to convert the environmental impacts they’ve been measuring into dollar values. Then investors and environmental regulators will have the information they need to compare short and long term investment values and make the individual business valuation and regulation choices that will move the economy toward long term profitability.

The “top-down” part of the strategy

The whole system investment rules are a somewhat separate question, just whether to continue multiplying investment or not. Can the financial system continue to demand compound increases in returns from exploiting the physically and financially struggling economies around the world and the earth. The answer is fairly clear, that the costs of multiplying strains on the commons outweigh the benefits.

Hardly anyone has thought about the issue in that way, so the real economic study of the question has hardly begun. It remains completely counter intuitive to the entire professional economic community. Even the ethical investor community is not yet really looking for how to financially internalize the externalities of growth.

A number of options exist for what investors might be globally asked to do to cooperate, to reduce the whole system overhang. That will be partly answered by the economic analysis that has not been started, and partly by just introducing the basic investment controls to see how well the economy and the world social cultures respond to them.

In the simplest form, the intent is simply to smoothly reduce the financial pressure for uneconomic growth. That would start by simply making it a world policy for that it be a responsibility of investors to do so. In practical terms it means investors being made responsible for competently managing their funds as endowments for the earth, in order to keep the privilege of investing in the commons.

You’d start with some simple rules, and for compliance have investors expect that their earnings would otherwise be taxed and spent on saving the earth by someone else. Whether it was done in the smartest of all possible ways at first or not, that would at least get the message across sharp and clear.