John Fullerton in “The Double-Edged Sword of Resilience” on the Capital Institute blog, reported on separate research by Bill Rees and Donella Meadows, on immune resistant disease as examples of how resilience can be a mortal threat.  My comment was:

These are good examples, but they aren’t the ones that first popped into mind.  The post didn’t mention some of the more obvious direct threats of that kind to modern society and the earth, the great resilience of humanity’s worst bad habits.

Some are as bad, and take as much effort to maintain, as a virulent addiction to pain killers, even masquerading behind the very best of intentions.  Those may be the most dangerous cases, where people are actively protecting the resilience of completely the wrong things. 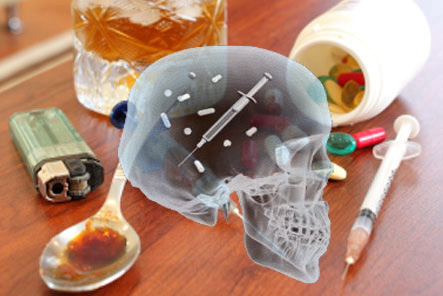 Addiction – one of many kinds of misplaced resillience

Our present global dilemma largely comes from what you might call “immune resistant societal diseases”, addictive habits acting like cancers.   Society is still devoting all its efforts to stabilizing our ever growing impacts on the earth, in the name of growing prosperity.   It does our future enormous harm to make growing investment resilient when it continually accelerates the depletion of natural resources.

There are lots of other examples.  I see the first real evidence of that great misplaced priority in the first great environmental protection efforts.   I certainly see nothing wrong with protecting the fabulous natural environments preserved by the US National Park system.   I only see something deeply troubling and plainly wrong with not protecting the rest of the earth from what the parks were threatened by too!  The exact same ever growing encroachment of the economies on the “special places” didn’t motivate people to protect the earth.

Do the leading financiers of conversation really not see the profit they make in protecting “special places” and distracting people from the profits they make from ever multiplying exploitation of everything else??   It’s that free reign to exploit anything anywhere that is invariably the main source of the profits of great wealth.

Are they really that ignorant?

I think it’s possible, of course, that they were just like people in “the movements” today, a mix of foolish, greedy, embarrassed, and inclined to brush off people who point out the enormous contradiction in what we’re doing.   Wall Street speculators find it easy to invent rationalizations all the time, ways to gloss over things like the “I’ll be gone, You’ll be gone” form of deal making that is so clearly unethical.

Gosh, I wish more people could see how to recognize and trace the causations of these things.  In so many ways everyone’s effort to make the earth a good home is being led by thinking that makes our core problem ever more rapidly worse.

The amazing resilience of the whole growth craze is a definite problem.