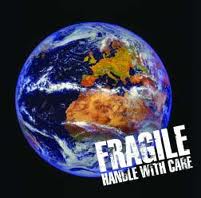 It’s nice to see you’re thinking is still a few steps ahead, too, and seeing their approach as somewhat of a half-way measure.

Long term profitability is surely not a sufficient criterion, as you point out in nice simple terms.  It relies on our being good at measuring liabilities, which we are very notoriously horrible at doing.   Even most natural systems proponents, like Janine Benyus you mention, haven’t even thought about the constraints of that problem it seems.  It’s apparently a giant leap, conceptually, to accept that profitable design solutions (an impact you can measure), might earn a share of the whole economy’s impacts by employing the whole economy in making that profit.

I’ve tried to work with the “appropriate technology” community for many years.  That was where I started in the 70’s.   I’ve found them consistently unreceptive to scientifically estimating the global impacts of the ingenious marketable innovations they create, even when it can be done accurately.   To live on a finite planet you really do need a way to verify, that your share of  our total impacts is approaching a limit, at least.

How to do it is stunningly easy, a nifty discovery I made a couple years ago and got published last year (1).  It’s shocking though, in every way.   Any business’s individual share of the economy’s global impacts will be roughly the scale of it’s value added, as a share of GDP.  The validity of that idea, that “average parts have an average effects”, is what ends up being scientifically valid.   So, it *sounds* like “funny math” but isn’t at all, to expect average impacts from average shares of GDP, not funny math at all.

Of course, it’s a shock, both how accurate the method is for many things, and how BIG it is.   If someone earns a $40,000 salary, as end consumption it is liable for that share of the economy’s total impacts.  That would include producing close to 40,000 pounds of CO2 a year, and similar shares of other global harms like global deforestation, species loss, and their compounding risks etc, that the whole economy is evidently causing!

That’s the **Reality Math**(2), that we very curiously need to learn.   It does expose a simply enormous omission, gigantic, from the information set we usually think of as needed for making good decisions… !