Gail Tverberg posted a very nice dicsussion of the question from her view of:

It’s wonderful that you’re addressing this topic, long overlooked in the “alternative” as well as the mainstream scientific communities.  Gratefully there is a long trail of ecologists that bucked even their own peers in keeping the question alive.   Simple observation tells you that in nature “something goes wrong”, quite a lot!

If all the kinds of natural growth systems were to maximize their growth as a rule, they’d ALL behave like cancers.   Anyone thinking for themselves about it has to conclude something else is going on. 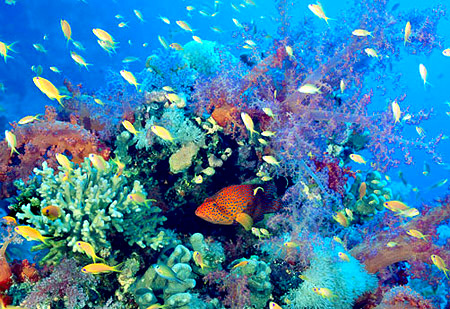 Asking “what else is going on to do that” has been central to my own scientific research for decades, finding good ways to understand some of what goes on inside growth systems that stabilize by themselves.   To make headway one has a very big hurdle to overcome, the you seem to be beginning to.

Our *natural cognitive prejudice* is to see systems with internal networks, as not having any individual internal behaviors.   Natural systems look that way simply because we are blind to whatever is internalize within them.

The real dilemma emerges from how the information we can encode in scientific models only allows us to represent natural systems as deterministic relationships between the variables we define for them.   That’s the profound error of “reductionism”, that treating reality as what you can see means leaving out everything we can’t see, like the internal design of anything with one.    When we explain them scientifically, we have to leave that out.

Realizing that only starts you on a new quest, of course.  It really doesn’t open any magic doors for modeling them.  You basically learn that no model of systems having internal networks will ever replace learning how to watch them behave on their own, to spot and observe closely their emerging behaviors.

This question you raise of “what causes growth systems to stop growing” is one of the very best tests of anyone’s skills of observation.    There are several different ways.   One of the most intriguing is the displayed by species that define themselves by “niches”, where *only* they have the combination of talents to thrive.

That’s part of the secret design of biodiversity “hot spots”, where an enormous diversity in non-competing uses occupy the same environment.    Bird species often display that way of defining their mating territories.  They end up seeming to have been looking for ways to use things that let them avoid conflict.  Paul Colinvaux is a great source for nicely describing such case studies, as in his collection, Why Big Fierce Animals Are Rare.

One of my great grandfathers, Stephen A Forbes, in 1887, was the first person to record the tremendous ecological diversity that fresh water ponds typically have.   He also and had a nice fresh way of asking that question, as wondering why food chains weren’t endlessly unstable, as it seems they would be, if every species acted on its theoretical pension for endless growth.   http://synapse9.com/ref/SA_Forbes-Lake_as_Microcosm-1887.pdf

Anyone interested in my many discussions of the question for our ever growing economy, might look at my blog posts on “natural economies” http://www.synapse9.com/signals/category/econn/