A 1995 article in the Wall Street Journal offered this vivid image and a good discussion of the waves of immigration to the US from various other parts of the world during the past two centuries.    They coincide with the great period of economic growth, and the radical changes in the economic environment as we went from the beginning of growth to its end.

Growth has changed from creating limitless opportunity for all, to creating unmanageable conflicts with the environment and within a society no longer upwardly mobile, perhaps in decline.    That’s a very different world for immigrants to come into.

It’s no reflection on their different cultures, necessarily, as each wave of immigration seems to represent an old culture becoming adventurous.    It may well also not benefit a society to accept waves of immigrants as it is no longer creating expanding opportunity for itself.  That seems likely to have little to do with the immigrants themselves, though.    Still, the wave of the 1900’s came to build a great society, and the wave of today is picking up scraps in a society losing its way and coming into great conflict with its own success.

The sad story of modern economic growth is that its formula for great success became its formula for tragic failure, all by itself, almost overnight, caused only by our neglecting to read nature’s signal to respond to our limits.    That formula for success during growth is the self-investment or “seed” principle.  You plant your seed to get more seed to plant.  You use your profits to multiply your projects.

The “canary in the coal mine” signaling the need to prepare for maturing the economy and ending its growth seems to have been the establishment of the US National Park System, the first great nature conservancy project.

A hundred years ago the visionary philanthropists and politicians realized growth would spoil our most precious gifts, just because it’s a rule to consume everything in reach as fast as possible.   Somehow that insight only stimulated the protection of a few select things, instead of figuring out how to remove the threat, as nature offers so many excellent examples of how to do. 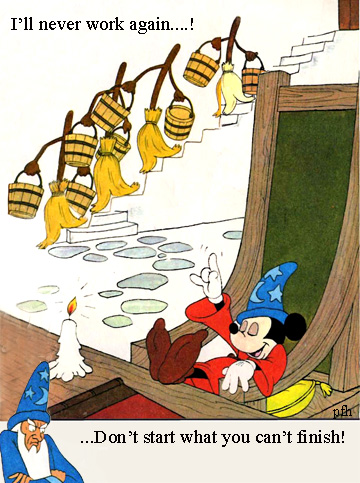 For immigrants, entering the society at the beginning of that process, and as it comes to a troubling end, is a very different experience.    For new arrivals in the 1900’s the task was to build a great new society, and be rewarded accordingly.   Today the immigrant’s task is to fill jobs with no future in a society with no future (as yet).   It offers them no real promise for integration into a wider society that is very uncomfortably becoming unmanageable and having struggle to keep itself together.

Our society has no future, as yet, because we have sought only to live in the past. That’s the one thing all the politicians seem to agree on, only differing as I like to joke, on whether they prefer our going back to the limitless resources of the 1930’s or to those of 1830’s when we also didn’t have much government.  It was a very rosy past in many ways, indeed, making that also the greater mistake for letting ourselves be seduced by it as a possible future.   It caused us to completely neglect our real future.

The reality is that in nature it is invariably the period of longevity AFTER the end of immature growth, the periods of a system’s youth and maturity that come next if allowed, that are found to be the most important and rewarding periods of any living system’s life.

A system’s period of immature growth is its infancy, actually.

Even the mistakes of an infant are generally forgotten, after all, if it somehow succeeds in becoming an adult and making a good life for itself. 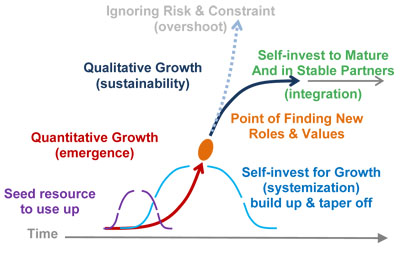