when a system becomes unable to supply its own needs, and gets cut off from former supplies.    So, it’s a system that may seem to be working fine, but drifts over the line of profitability, and is abruptly rejected by its environment.

From beginning to end environmental systems need to produce some minimal margin of excess resources as profit, to maintain cushions for everything.  Otherwise their parts will not have time to respond to shortages and their environmental connections break down.

Becoming both more costly to supply and more costly to run, to the limits of profitability, causes system bankruptcy, as it did for Rome.   Rome wasted resources on making its high society richer throughout its decline, as if that would reverse its resource depletion. 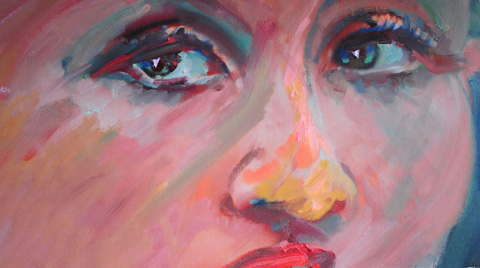 … disillusionment occurs and systems break into parts, to end their lives.

Note: Colin Campbell, the originator of the concept of “Peak Oil”, posted a related article,”The Seneca effect: why decline is faster than growth“, seemingly describing this hazard from a systems modeling approach.  He attributes what I refer to as a decline in societal productivity (SROE), precipitating rapid system decline, to economic “pollution” having a similar meaning.  He borrows his usage of the term from the original Limits to Growth models.

If the effort to obtain resources produces less resources than needed,

…even if everything else seems to be working, the system is “unproductive” and not producing net-energy, having a combined environmental responsiveness and societal productivity EROI*SROE < 1.0, which makes it bankrupt and likely to rapidly disintegrate.   Systems are unbroken chains of resilient parts.   Any break in those chains when the parts are sapped of resilience, scatters their parts.

Over time every energy using system starts small and discovers larger supplies of cheaper resources. When they get big, that reverses. Going from relatively “small” to “big” is the cause of the shift. When it becomes big, a system finds smaller supplies of more expensive resources, and that’s a liability and charge against the economic product of GDP, to deduct to measure real net GDP. A second great cost of becoming “big” is a system drowning in its own complexity, and needing more energy to accomplish the same ends. It takes more resources to perform its normal tasks.

All energy using systems begin with growth, starting with a seed of organization and a supply of “fossil fuel”, like a plant seed has inside its husk.   For evolving systems like our economy the seeds of organization and fossil fuels they start with are of many kinds.  New concepts for businesses and the existing stores of resources for them are discovered as the economy evolves.   Each new venture begins with their seed idea and a gift of “fossil resources” to start its growth with.

How that seed of organization uses its fossil fuel is different in each case in particular ways, and all the same in general.   The fossil fuel is “the profit that didn’t need to be produced”, which allows the new system to remain solvent as a “net-energy system” easily at first, without having produced anything.   If that profit is not continually replaced as it is used, of course, the system fails for not maintaining its net-energy.

As a system grows it devotes some of its profits to expanding its processes.  At natural limits of space, resources and organization, the growing costs and congestion resulting from growth, in “getting big”, end the “free lunch” of its once automatic multiplying benefits.  Then there is the choice to keep going to collapse or to get creative again, and discover a place in the environment.

If SROE*EROI > 1: then the system is technically able to reproduce, getting more in return than it invests and creating net energy.   As net energy is functionally needed to allow the system to adapt, and what changes it will need to adapt to are always in question, a momentarily healthy system may become unable to convert resources to use and collapse in the future.

The subject here: is real collapse, not just the verbal impact of the word, but functionally disabling breakdowns.   A person may, as an experiment, choose to walk by progressively bigger steps till their stride exceeds their coordination and be able to pick themselves up after falling on their faces bleeding.  A society may not be able to pick itself up if there are no free resources available to use for the purpose.   If pushed to collapse it may then lose its grip without a recovery option, like a person collapsing from hunger and thirst, not just from being uncoordinated.

As parts of the economy: become bankrupt, and can’t work, they have to shut down.  In the real world that would not apply to the whole at once, but one sector after another as their ability to use poorer quality resources and operate more unmanageable complexity in how they work is exceeded.   The parts that fail are the ones that are pushed to adapt faster than they are able.

In systems terms: “hitting the wall” of natural growth limits is reaching a limit to the system’s learning speed, and so failing to adapt.   Today we see that in the progressive failure of economic sectors around the globe.   That includes the failure of self-reliant farmers in developing societies now creating the food crisis, and the irreversible loss of middle income jobs in the US and Europe, creating a new underclass of the once rich and prosperous.