The WNYC radio program On The Media, with Brook Gladstone and Bob Garfield is always insightful, and this week addressed The Personal Impact of the Web, and how the internet is changing human culture & society.   There has been some question whether the dramatic changes in how people think and behave are good or bad, or just “change” that older generations feel left out of…

Of course it’s “all of the above”, and I added the following as a comment regarding how in an information age, social networks naturally tend to create their own realities to live in, with the consequence of becoming detached from the changes in the natural world occurring around them… 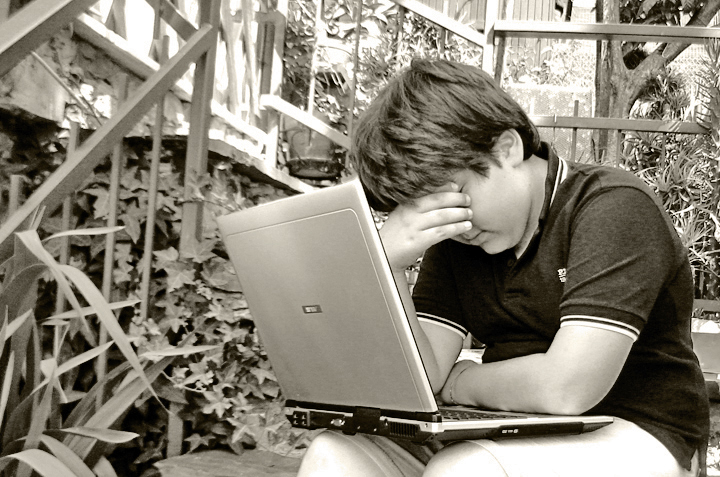 "Cyberboy" learning that nature is now the network?

Bob & Brooke, Your ideas about how the internet is changing us are insightful and entertaining as always, but honestly, you’re missing the physics of it. The “internet generation” somewhat corresponds to the “productivity people”, the driving force of economic activity and growth around the world, and the internet is a major productivity tool, allowing us to control more and more with less and less awareness of it.

If your productivity goes up 10%, as may be expected or demanded by your employers, the certainty is that both the complexity and scale of your influence the world at a distance from you increases by 10% too.   Productivity is real control of real stuff.    It is a measure of your engagement (entanglement) with the real complexity of the natural world, as it is.    The less we know about that, the more unsupported theory we need to rely on.    There’s a real dark side to that, that we can see vivid evidence of in our social distension over the issues today.

As we engage ever more intensely within our social networks, our social consensus realities become ever more detached from the real world they affect and are affected by.    So,… our society becomes a prisoner of the social realities people invent for themselves, based only on agreement with their own cultural values.

It means that as complex societies go into their “information age” at the peak of their development, their cultural decision making processes become physically detached from reality, and from the decisions that they make.    The scientific meaning is to give you a better way to raise questions.     It’s a well founded “model idea”, a hypothesis generator, to be used for raising better questions about the real observations one can make.

That our society evidently has an extreme problem with clinging to false ideas, at a time when nature is strongly urging us to change, is rather undeniable though.

« It’s the leeches that make us strong!!
Profiting from mayhem, is that what’s next? »