We’re driving an underperforming asset to return ever more

Excessive demands on ANY relationship naturally produce systemic collapses, like we’re now experiencing.   I’ve been pointing to the root causes, in considerable detail, for many years.  Ignoring them hasn’t made them go away.

It’s like compelling a runner to run faster when their body needs a rest.  At natural limits you need to pace yourself, in response to the responses of the world around you.

It’s hard to grasp how we could have developed a world of expert designed systems that ignore that most obvious principle of survival, but it never the less is clearly evident. Our cultural belief is that driving the economy to produce multiplying returns is the ideal of economic stability. 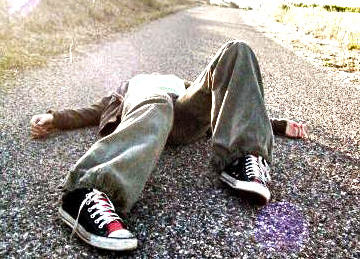 A great deal of study of why people would try to extract infinite returns from markets having declining capacities.. has been done, and then largely ignored, again and again.   It’s not culturally affirming somehow, but it could be, and the problem and its features are so glaringly visible now we may at last get the study of it to stick.    It comes down to our

…defining the natural world as our cultural beliefs

…so our expert communities define nature as their theory… and have nothing to study to tell them when or how the natural world is responding differently.

That Malthus, Keynes and many others have pointed out the fatal flaw in demanding multiplying returns from a finite system means that there is a long history to study.  The essential insight lost is how, at the limits of physical growth, it becomes exceedingly unprofitable to keep driving financial growth.

At the physical limits of earth’s capacity to support us we need stop demanding growing financial returns from each other,… because they’re directly connected.   Money is what we use to request physical services from each other, and ending growth stimulus is the ONLY way to relieve that source of strain, now

compelling us to extract ever growing performance
from a weakening global economy,
giving it repeated heart attacks…

That’s not profitable, for anyone really.   The actual reason our world profit system doesn’t seek to remain profitable at the limits itself, but pushes itself to collapse, is one or two steps further than the normal explanation of “greed” or “money”.

The real reason is we mistake consciousness for reality, instead of seeing it as a view of many realities.  We fail to recognize that consciousness doesn’t distinguish between own  “magical thinking” about the world that is our own invention, and the “differently magical worlds” of nature that are NOT of our invention.

It’s a potentially a correctable problem, but believing that our words are reality is a profound problem for the human mind quite as old as the Bible and probably older.   It’s a “wicked problem” we’ve long struggled with, and are now again facing as a life or death matter.   From what we can see today, what has been called “the fall of man” or the “curse of knowledge” seems to be natural phenomenon, a blind spot.

So if we are now confronting this profound blindness head on,

it also has the potential to give us that moment of clarity
to perceive the escape.

Failing to tell the difference between the meanings we invent and the natural organization of the world we live in seems to be the core problem.    The best rigorous scientific way to begin to overcome it amounts to taking steps toward returning to the use of natural language.  Re-grounding language in the natural world would show us how to connect our expert languages through the common subjects of the natural world expert languages became disconnected from.

The difference of great importance is that:

It’s the “things” of nature that can become the common subject through which our many wandering languages can reconnect.   What’s needed is a way to make that an exciting and enriching learning task.    Everyone needs to find their own starting point perhaps, but there’s a great way to discover the secrets of nature, revealing nature’s own magical thinking (the very real kind) in every kind of event.

It amounts to learning a physical science research technique, learning to read events for the little bursts of local self-organization that every natural physical phenomenon begins with.  Those short bursts of self-organization have the role of “pregnancy” in giving birth to all the eventfulness of the physical world, like

These display outward evidence our minds can grasp,

These are nature’s hiding places for life, quite available for study if you just study them, for both joy and help in learn how to live ourselves.

« Return to a world that works? Learn to steer!
It’s the leeches that make us strong!! »