The origin of this post, fyi, was a truly exciting insight, in the 1970’s as I started developing my new scientific methods for studying the organization of natural of systems.   I discovered how to recognize the eruption of new forms of organization in nature.   It’s a locally distributed process of contagious development, that people tend not to notice at all, or to call “growth” for the superficial changes in scale it is also associated with.

It was quite exciting, to find that one could identify individual instances of nature’s general process of invention, from the self-patterned erupting changes identifying its internal and external relationships producing transformative changes in design.   You need to look for where there’s a distributed “falling together”, not a “pushing together”.  I had some training in improvisation that gave me a window of insight on how to open my perceptions up to observing it in the world around me.

As it became easier and easier to identify, I began finding strong evidence of these “bursts of self-organization” seeming to be the “glue” of all transient organization and design in nature!   Then the question switched, to wondering: “Why in the world don’t other people see it??”.   Our modern world happens to be organized around sustaining its own ever more expansive self-organization… seen in our minds, as being a “constant”.    For more on the story, fyi, also see “a World SDG“, a proposed whole system balancing plan, using the first true scientific measure of sustainability  4/14/14  jlh   :-)

How to escape the mental traps causing mankind to destroy its own future and much of our living planet, is not so hard…

…but takes exceptional willingness to discover how nature works that you might have been missing.   It takes learning to observe nature making new sense of things by herself, i.e. real change .

Watching organized change develop in ways that clearly can’t be following human rules or theories, and so intricate they could never be fully explained, frees a mind to drop its assumptions and attempts explain.  It lets you just study and marvel at what you find, giving you fresh ideas unpolluted with the self-serving social conventions people mostly live by, that are the problem.

Watching nature work, beyond the limits of theory, builds fresh awareness, letting us put our own perception in perspective, to see and correct our misconceptions.

Consciousness is a wonderful thing, but it initially presents the world to us as if reality were physically located in our heads.  It takes training to see that consciousness is a story, and the natural world works independently from it.

The differences are most obvious in how nature uses energy, requiring very complex organization that “appears to come from nowhere” to do it.

So escaping the traps of conventional thinking involves studying the difference between how our minds make sense of things and how nature does.    It means using your time to notice natural processes that don’t fit your expectations, and learning to stretch your imagination to fit nature’s independent ways of thinking for herself.

You mostly don’t find one explanation will fill many different occurrences of the same kind.  For how natural systems begin there’s one clear common pattern.   Typically new systems and relationships begin with a little explosion of events, as when two people first recognize their interest in each other.

Beyond that each case will be highly individualistic.   It’s the same for most other kinds of things that begin by a growth process.    Each truly satisfactory explanation of any one will need to be tailored to the individual occurrence, leaving numerous open questions.  That feature of growth systems makes it clear they are not in your head, but “real”.

How people have so habitually considered their concepts to be the natural world they live in, has been remarkably “hidden in sight”.   Examples of the inescapable difference are remarkably prolific, actually found in the little explosions of change visible at the beginning of nearly any observable event.

So it’s then also quite amazing they have not really been studied by science.  The traditional scientific method defines what observations are for, for making a formula describing how events occur following universal rules.   That effectively excludes all interest in discovering how natural systems and events develop locally and individually by themselves.

Where you observe change occurring by successively larger scale steps of change it’s quite likely you can identify a complex self-organizing system developing independent of external control.   That growth pattern, often observed as increasing by %’s, is key to locating the complex growth process, or “emergent system”, that animates it.

Whats visible in any growth process is that a) there clearly is some kind of system growing and b) it’s way beyond the imagination of an observer to see how something that complex could be explained.   It helps you understand the inadequacy of your subjective images, and to then learn to trust observation more than hearsay and theory. 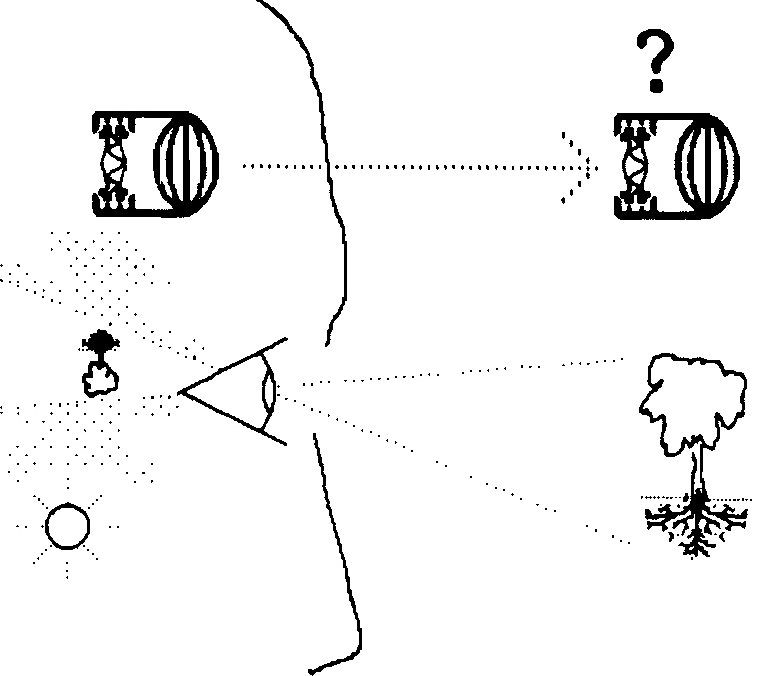 In the environment in which it occurs, the appearance of growth systems is like the environment being “pregnant” with new life.   It’s not in the mind of an observer. Observers see almost nothing of what goes on inside other independent systems.   For nature growth represents some kind of storm or new culture, irreversibly erupting within its womb.

Just as with human pregnancies, there WILL be consequences.   They’re not necessarily consequences for an observer’s beliefs or awareness of the changed world they are watching, no, not in the least.  That’s the main problem.  Humans can hold realities of their own in their minds simply because they like them.

It’s possible to look at a woman who is suddenly desperate to find out what to do about her life, and even ignore her decisions, without noticing her being pregnant or that it means anything at all in the world around her.  It’s the same way with any other explosion of new life in nature.   The direct consequences are for how nature will need to accept the new life form into its environments, or not.

The physics principle that exposed just how extensively science has ignored these natural processes of self-organization, growth producing new life forms in a manner as if nature were pregnant, is called the Law of Continuity.   It develops a mathematical interpretation of the Conservation of Energy, implying that to begin any process that uses energy, an explosion of local self-organization is required.

You need the twist of a key in a lock to start a car, for example.   Of course, when you casually look around nature for them, that’s just what you find wherever the events at the beginnings of things are observable… from a tree, to a storm to a society, to starting a car.

So what’s “disturbing” about all that??  It’s not just that it’s “different”.   It’s that closely watching how nature works by herself doesn’t connect with our confused languages for explaining nature as working by our own concepts of cause and effect, by our cultural models and thinking.

This aspect of nature that is both theoretically necessary and prolifically observable, can’t be referred to in the language of science is at the heart of the problem.   It’s not a formula.  It doesn’t fit the deterministic premise of science, and can’t be represented as cause and effect, like A->B.  It more raises questions for guiding an observer to look deeper into how nature world, like A-?-B would.   It’s about closely observing non-formulaic behavior, and finding the knowledge of nature we’ve been missing by treating it all as formulas.

What may attack the pride of science, and not just be confusing for it, is that non-formulaic behavior then seems to underlay rule-following behavior, and NOT the reverse. What really hurts the pride of science is that we’ve been representing nature as being ruled by the thoughts of scientists.

That, in particular, seems to be why we’re in such stupendous trouble on earth, that it’s both difficult to conceptualize, and we are loathe to admit the error.  Science has been very economically productive, even led the way to inventing all our ways of exhausting all our resources.   It’s offered scant comment on the consequences too, but treated its discovery of ever more ways to control nature as all society needed it for.

In so doing it steered the great civilization it helped build into a mortal conflict with the self-organizing systems of the planet Earth, that science inadvertently treats as “undefined”.    Our worldwide consensus plan for prosperity is for nature to be an infinite womb in which we can multiply, without consequences.

Now we see the conclusion, what Vaclav Smil now calls “the great unraveling” and I originally called “growth induced collapse“.  Our scientific concept of prosperity on earth naturally pushes all our system’s internal response systems beyond their limits of response.    Other scientists have shown a clear reticence to discuss and have failed to address the rather clear problem I’ve been clearly describing for 30+ years.  So I have to lay the blame squarely where it seems to belong.  It’s the conventions of science, built on the ambitions of scientists, that created the problem and now keep it from being discussed.

That the creative processes of nature need to be studied individually doesn’t mean you can’t study them.   It just means you can’t talk to scientists about what you find.  Science needs a new trunk, not just a new branch.   The language of science is built for representing nature with abstractions.  That has made it impossible for scientists to refer to the natural self-organizing systems of the world we live in, how they’re born, and the consequences.   It’s a problem.

jlh – other research findings,1978 to present