Reposted from a guest blog entry at the Capital Institute

The recent INET meeting at Bretton Woods organized by the Institute for New Economic Thinking (INET) with support from people like George Soros, brought together a large group of leading creative economists and ecological systems scientists, to push the envelope in discussing how to reorganize the world economic system. Choosing the same site for which the world changing Bretton Woods conference after WWII was named, was both intentional and seemed quite appropriate.

A strong “vision” seemed to be emerging, even if the details of how to advance it were not so clear. All might agree that nature’s economies seem to work better than ours, and we need to change something. The concluding conversation between Paul Volker and George Sorospresented some of the broad issues, nicely moderated by Gillian Tett, and was quite interesting.

I liked the session on “Complexity Economics” particularly. It really is necessary that people begin thinking of the economy as a complex system, and to learn the lessons of ecology for understanding how it can learn to be as stable and healthy as ecologies.

The concluding comments were also a very nice lead-in to my own approach, that to meet the challenge of using complex systems modeling, what we need are better conceptual models for reading economic data. A good example of new data needing new concepts was discussed in another session by Duncan Foley and I insert his first graph below. 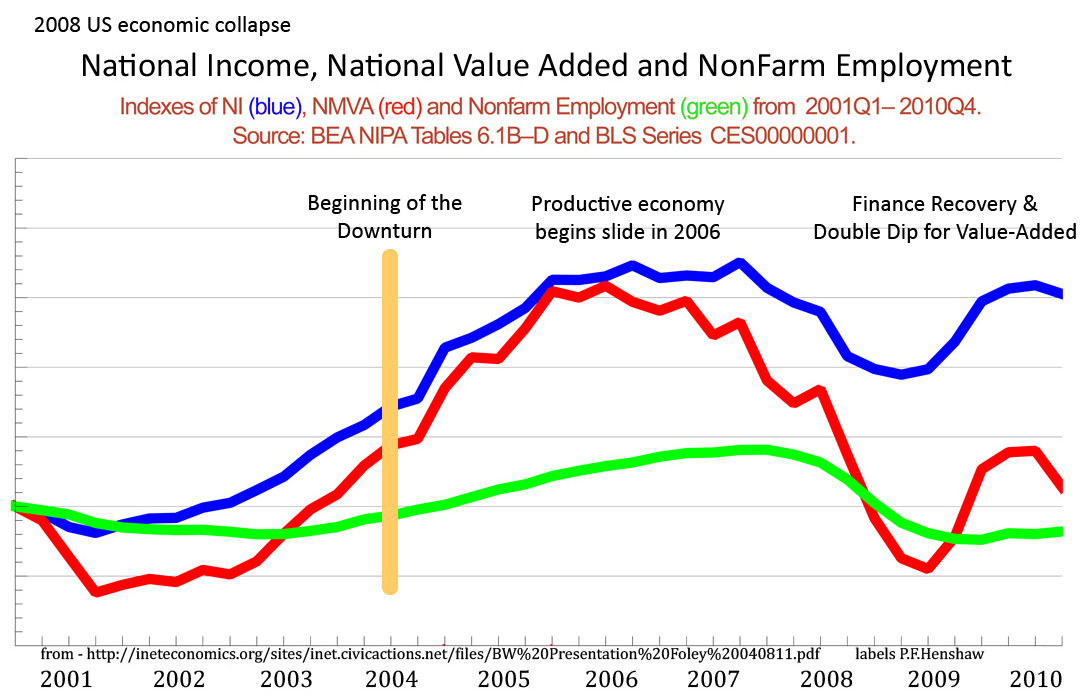