Ever increasing investment in ever more competitive replacements took them.

Productive people get that way by actively learning how to be ever more productive… a process of feedback. Feedbacks start by accelerating… till they run into problems that slow them down.

Those who keep learning fast a little longer can then undermine everyone and everything else. 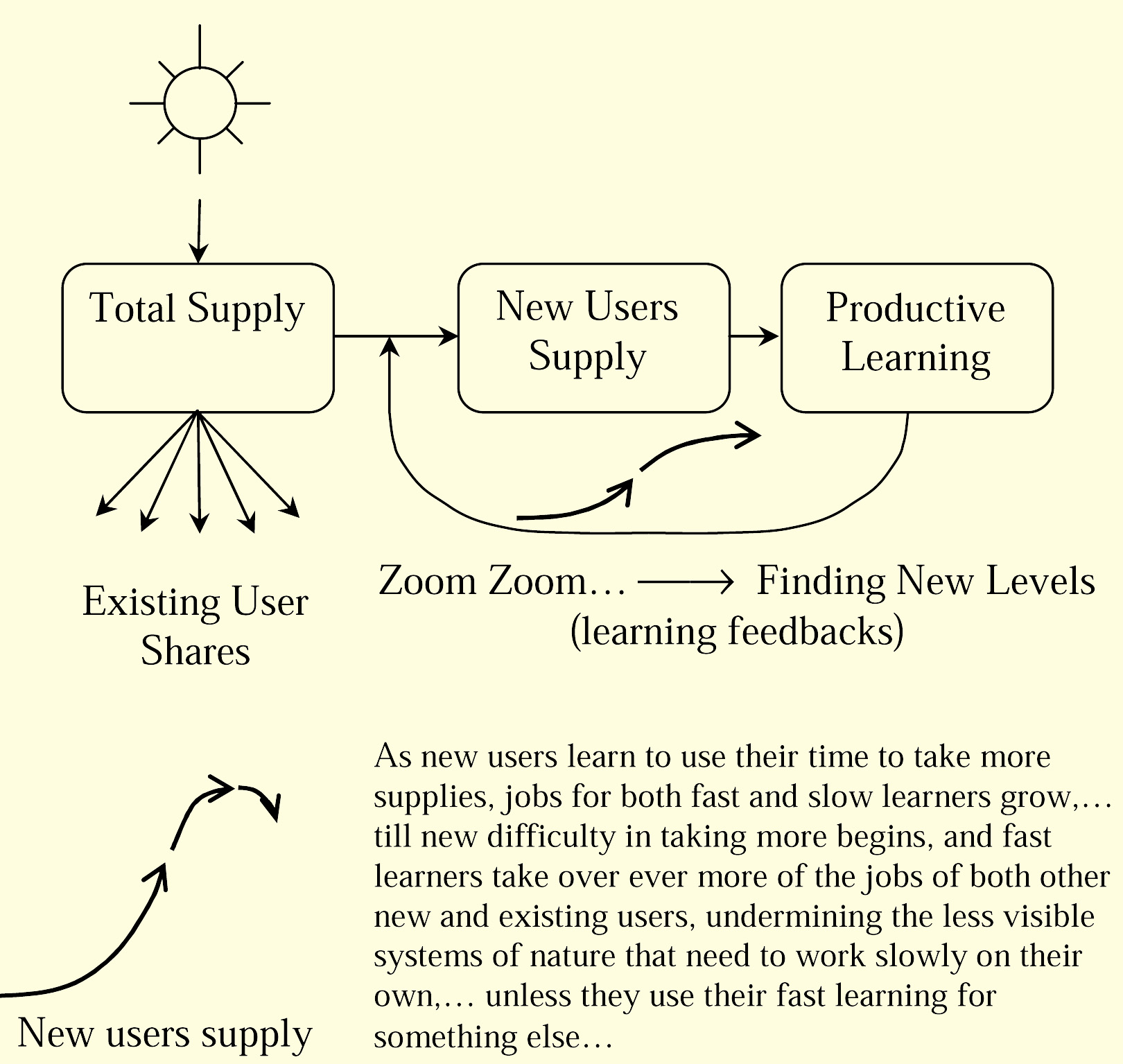 The trouble with maintaining jobs as the complications of fighting natural limits emerge, is that the most rapid learners keep taking more work for themselves and the traditional users and other new users alike are then left with less and less to do….

So, the real sacrifice and the real embarrassment of the situation, is that what seemed like laws of nature we’d never question, like believing in hard work and active learning, somehow becomes our most insolvable problem. For so long it was our most reliable solution, but we missed learning something about it along the way somewhere.

In growth capitalism what happens is that the creative cost of having everything you know how to do become undone by the next new thing to come along,… seems amazingly rewarding at first. But only as long as you’re ready and able to move with it. It’s quite another matter when ever larger parts of the working population, as well as of the slowly adaptive systems of nature itself, just can’t keep up. Then if fast learners keep using their talent to take ever bigger shares of the work for themselves, they’ve really gone too far. Rapidly taking over more work for themselves then actively undoes the accumulated learning of the culture that had developed and once prospered around them.