Regarding an article in the NY Times, A Richter Scale for Markets and to Dirk Helbing’s letter to Soros on the new physics exploring the great disruptive events our economies so frequently produce.

To Xavier Gabaix, w/ H. Eugene Stanley – authors of the study referred to: A theory of power-law distributions in Financial market

The term you use is “econophysics” but the graph in “A Richter Scale for Markets” in the NY Times seems to display much more than you mention.   It shows the swelling and decaying disturbances in the economy, where theoretically they are not supposed to be. I use a physics based data mining tool to expose emerging systems of that kind.  One example I found shows market pricing mechanisms dramatically “fishtailing” an going out of control, for example.  It might be useful to you.

As I approach it, these physical processes of “happening” appears to be very usefully observable, and expose the mechanisms taking place in the “unhidden patterns” of their emerging continuities, i.e. the sequence of how they systematize and desystematize by grow and decay.

In my many years of work on it I learned quite a bit others should find useful I think, except I keep running into theorists limiting themselves to constructing equations before clearly identifying the physical processes they are studying… or something, and so not getting what they can from mapping the developmental sequence of events. Here’s a couple more, things well mannered economic systems are NEVER supposed to do [as if the market players run out of room to maneuver and are cornered by something into slow motion panics]. 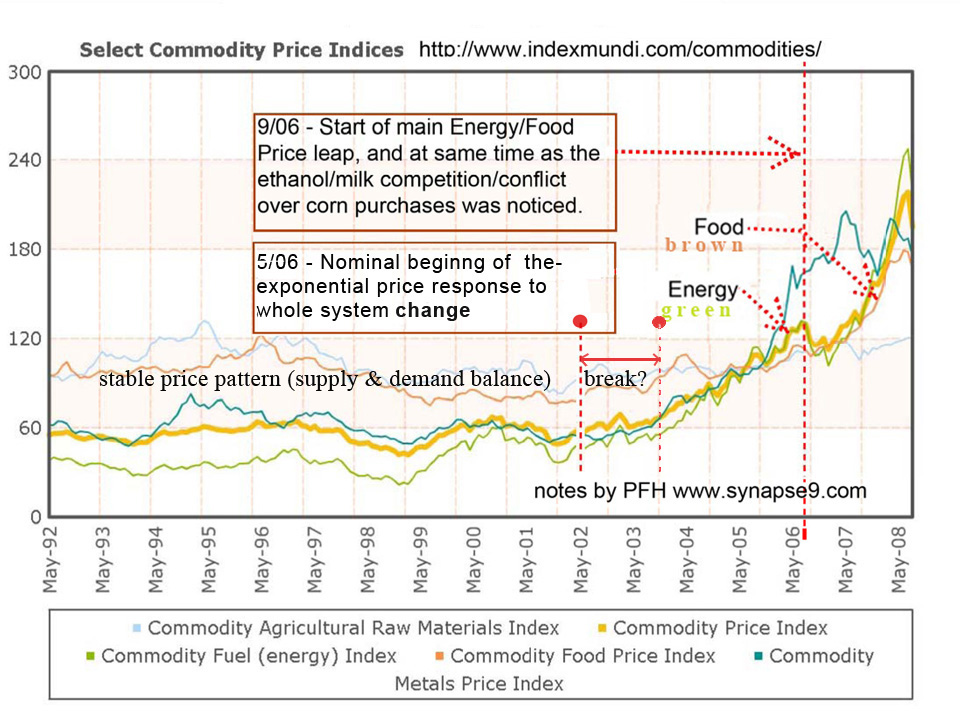 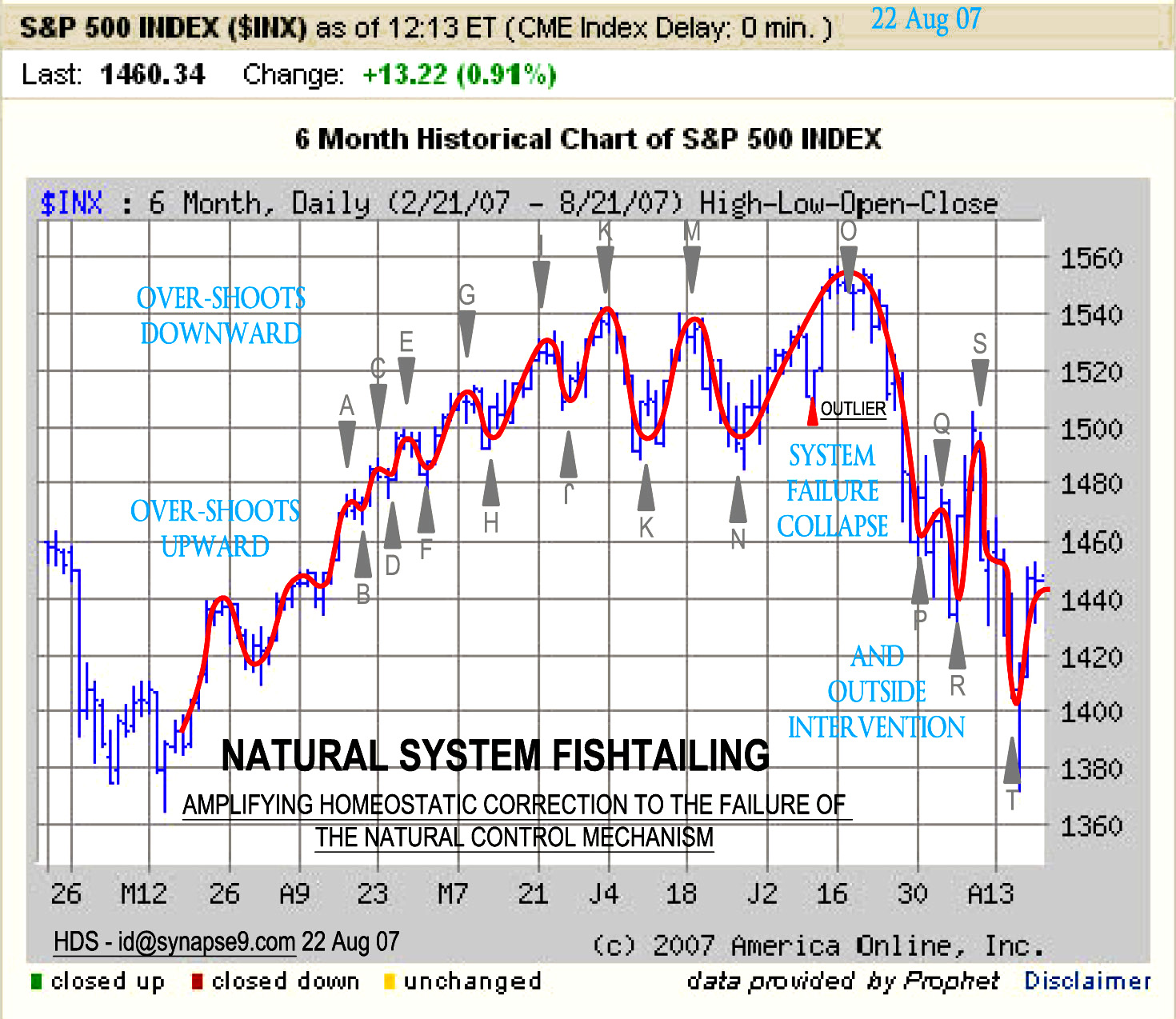 It’s the continuities that expose them, and expose how they operate to the patient eye, and are what my approach is fairly effective in using to expose the sources of their power and the information we need to protect our environments from the conditions that set them off. Of course most generally, once they begin you’ve completely lost control.

The catch,.. and there is a catch,.. is that we’d need to both learn some things, because my knowledge is built using a general model of eventful non-deterministic processes in nature, physical processes having *energy continuity in developing organization* which one may clearly identify developmental processes of but must assume they operate by means beyond the range of our information to describe.
—- fyi
The general law of continuity in change, (and general form of complex physical systems) & recently published in Cosmos & History, Models Learning Change (and map of how to read nature for signals of change)

A related post on The Oil Drum concerns some of the “points of vanishing returns” for otherwise smoothly running net energy systems (i.e. nature’s forms of bankruptcy) that seem to trigger these other kinds of systemic disturbances. Profiting from Scarcity